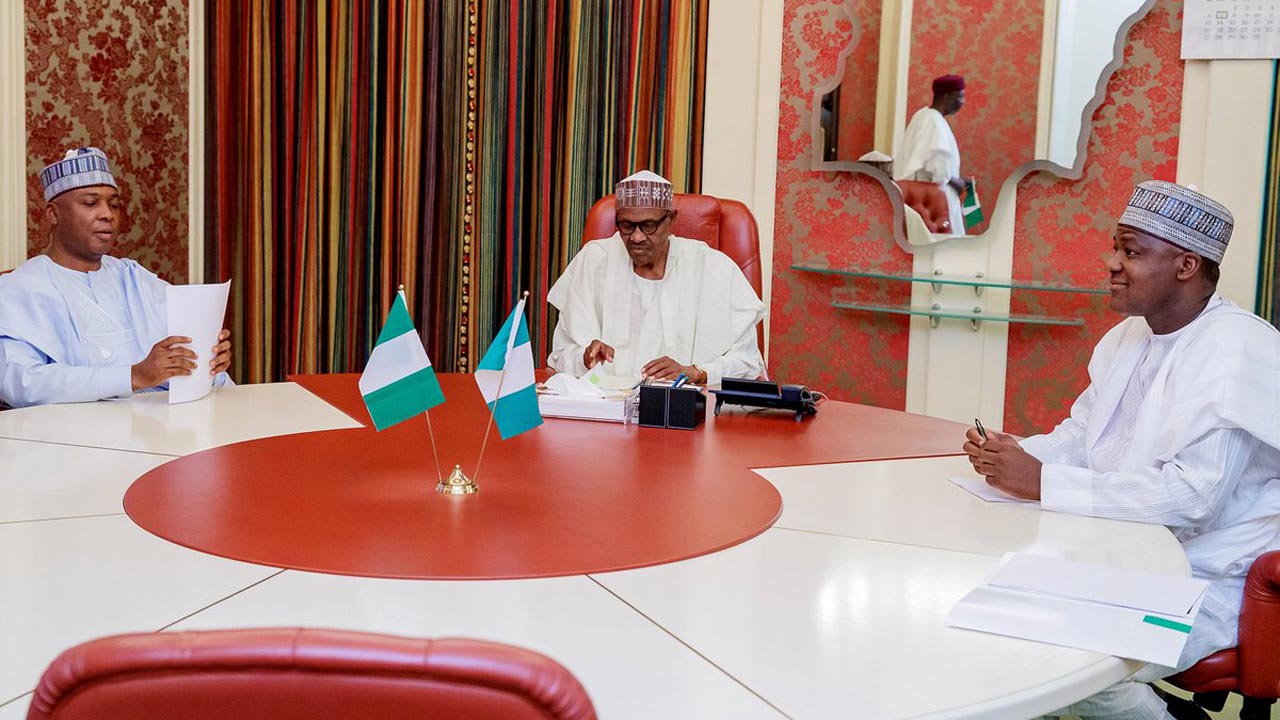 • Orders probe into Senate invasion by hoodlums
• Meets with Saraki, Dogara on Melaye, 2019 budgetPresident Muhammadu Buhari will today begin a four-day trip to the United Kingdom. In the course of a technical stopover for aircraft maintenance in London on his way back from Washington, last week, the president had had a meeting with his doctor and had been requested to return. A statement by Senior Special Assistant on Media and Publicity, Garba Shehu, last night, said Buhari would be back in Nigeria Saturday, May 12.

The President, meanwhile, has expressed displeasure over the recent invasion of the National Assembly by armed persons, vowing to investigate the matter.Senate President Bukola Saraki disclosed this to State House correspondents, yesterday, after a closed-door meeting ‎with Buhari. ‎Buhari had been out of the country during the April 19, 2018 incident when thugs stormed the Senate chamber and made away with the mace.

‎Saraki, who was with the Speaker of the House of Representatives Yakubu Dogara, said issues on Senator Dino Melaye’s arrest by the police were also discussed at the meeting. ‎He said he and the speaker were in Aso Rock at the instance of the president, who briefed them on his trip to the United States, and on the budget.

The Senate president also fielded questions on the appropriation bill before the National Assembly, saying: “If there should be any delay, the passage would not exceed next week.”
Dogara ‎condemned the police arraignment of Melaye on a wheelchair. “Anything that happens to one of our members or any member of the National Assembly is of concern to us. And there is no way we can have this kind of meeting without raising that. This is a civilian administration. It is a democracy and it is imperative and very, very important that all institutions of democracy operate within the ambit of the rule of law,” he said.

According to the speaker, “There is nowhere, I have said it before, that police will behave in a democracy like a clan of tribesmen, like upgraded barbarians. So, there is need for us to act with civility. We are not saying that anybody should be protected and defended. Once you have committed an offence, our law says you should answer for it. But you just have to utilise the provision of the constitution; the rule of law, as this administration of President Muhammadu Buhari has overemphasised, in order to bring people to book.

“He is there. He will not run away. He is a senator, and he can be tried any time he is in a proper frame of mind. As a lawyer, I can tell you, any judge that assesses an accused person (that is) not in a proper frame of mind, even if the accused person pleads guilty, he is duty bound by law not to record a plea of guilty, if he is not satisfied about the soundness of the mind of the accused. So, the emphasis is there. And I believe the president, being a listening president, will definitely take steps and do something about it.”

‎Saraki said further that the visit by the leadership of the two chambers of the National Assembly would help to heal the strained relationship between the legislature and the executive.“We at the National Assembly have always been ready to give all our support to the executive and we will continue to work along those lines. As I said, in the presidential system that we operate, we sometimes have the responsibility to check the excesses of the executive. So, there will always be times when we will disagree. But, by and large, we will always work for the interest of Nigerians and always keep on moving on,” he added.