The Police in Borno on Tuesday confirmed that three members of the Civilian Joint Task Force (CJTF) were killed and 17 other persons injured in a Monday night suicide bomb attack in Maiduguri.

Mr Joseph Kwaji, the Police Public Relations Officer, said in a statement issued in Maiduguri that the incident occurred at about 8: 30 pm at Muna Delti area in the outskirt of Maiduguri.

Kwaji disclosed that a male suicide bomber riding a bicycle detonated an Improvised Explosive Device (IED) strapped to his body killing himself and three CJTF members in the area. 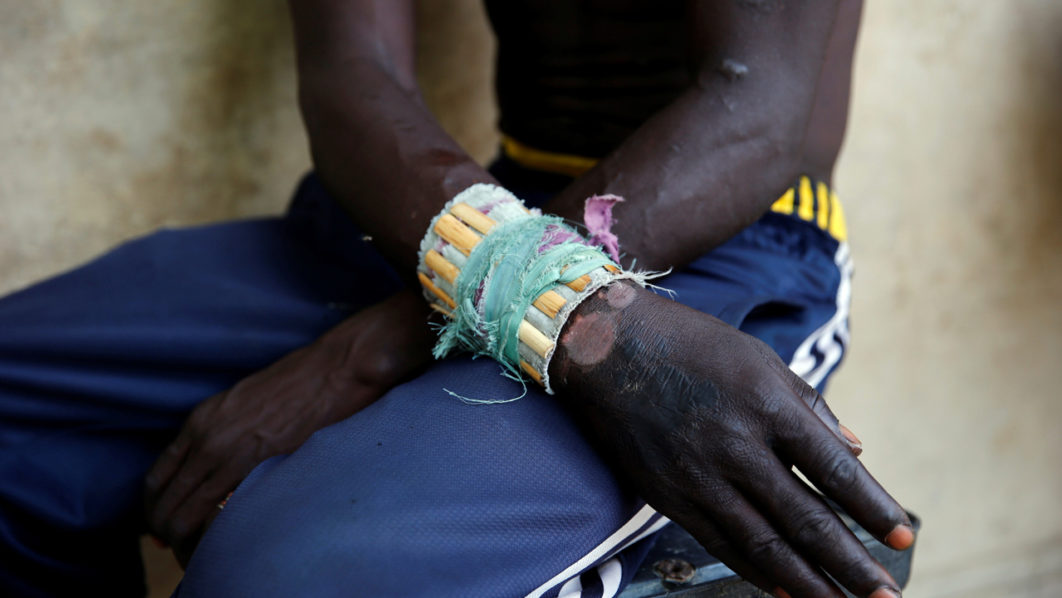 FILE: A member of the local militia group, otherwise known as CJTF, Dala Ishami Angwala, who was injured during a gun battle with Boko Haram, sits for a portrait photograph in a compound in the city of Maiduguri, northern Nigeria June 5, 2017. Picture taken June 5, 2017. REUTERS/Akintunde Akinleye

He said that 17 other persons sustained injuries in the blast, adding that those injured were evacuated to the University of Maiduguri Teaching Hospital for treatment.

According to him, the police EOD team had sanitized the area while normalcy had been restored.