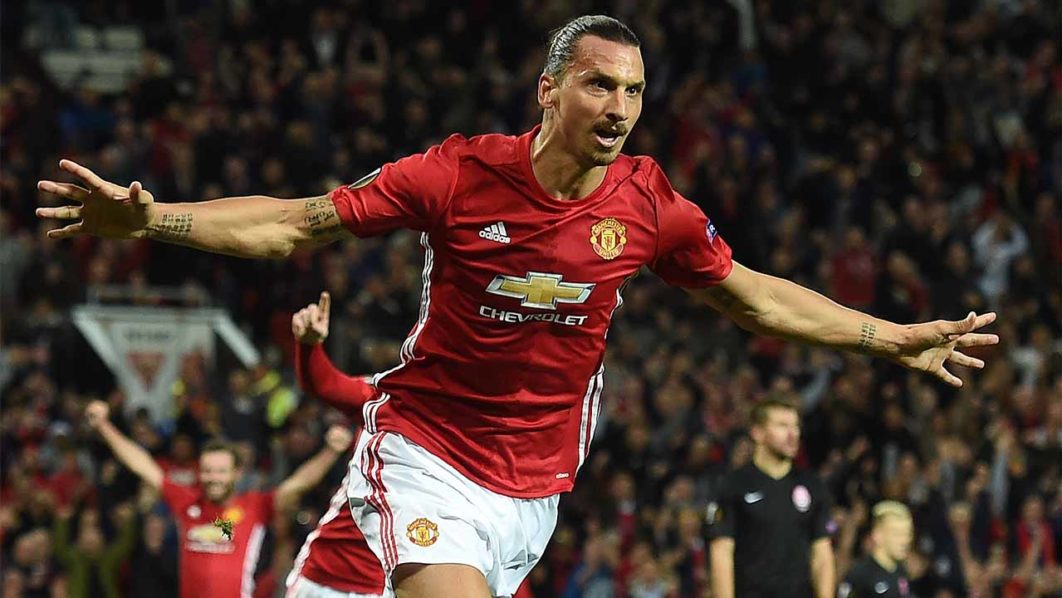 Manchester United are in discussions to re-sign Zlatan Ibrahimovic for the second half of the season when he recovers from a serious knee injury, manager Jose Mourinho confirmed on Friday.

The former Sweden striker was United’s top scorer last season, hitting 28 goals as they won the Europa League, the League Cup and the Community Shield.

However, he is without a club as he recovers from cruciate knee ligament damage sustained during the Europa League quarter-final against Anderlecht in April.

Ibrahimovic’s one-year deal at Old Trafford expired in June and was not extended following the injury.

He has trained with the club during his rehabilitation, though, and Mourinho has made clear he still believes the forward can do a job for him.

Ibrahimovic –- who had won league titles with every club he had played for before joining United on a free transfer from Paris Saint-Germain a year ago — has made clear that he was disappointed to finish sixth with Mourinho’s team last season.

The United boss is aiming higher this time, and wants the 35-year-old to be a part of that effort.

“Zlatan is injured and needs time to recover,” Mourinho said on Friday. “He is not ready to play tomorrow, so it is not something that’s urgent. We are not desperate to have it (a deal) done or not.

“He wants more football at the highest level so we are having conversations and discussing the possibility of him staying for the second part of the season.”

United kick off their Premier League campaign at home to West Ham on Sunday, having won six of their seven pre-season friendlies.

– ‘Not difficult to work with’ –
The signings of defender Victor Lindelof from Benfica, midfielder Nemanja Matic from Chelsea and striker Romelu Lukaku from Everton have also lifted the mood.

Defeat by Real Madrid in Tuesday’s UEFA Super Cup match in Skopje was a setback, but Mourinho says his team are ready for the new season.

“We have added three players, one defender, one midfielder and one attacking player,” the Portuguese boss explained.

“But we have lost important players to injury too, such as Marcos Rojo, Ashley Young, Luke Shaw, and Zlatan Ibrahimovic.

“We have the confidence levels of a team who won a European competition. Our levels of confidence and knowledge are higher so I am happy to start the season. I think we are ready.”

Mourinho has indicated that he wants a fourth signing before the transfer window shuts on August 31, as he needs a winger to bolster his squad.

“In my initial analysis, coming from January and through the other months, I was thinking about four players.

“I am not a difficult person to work with, and I understand the reality of the market. I understand by doing 75 percent of what I asked, the club did very well.

“I don’t think I am in a position to be moaning and crying. I’m happy with the effort the club did and I’m happy they managed to do 75 percent of the work before the Premier League starts.”

He added: “If the remaining 25 per cent doesn’t arrive by August 31, I will not moan. I will go with what I have to try to win everything.

“The other 25 percent (of the transfer targets) will be another player playing from the sides.

“But if we cannot strengthen the team in this area, we have players we can trust.”