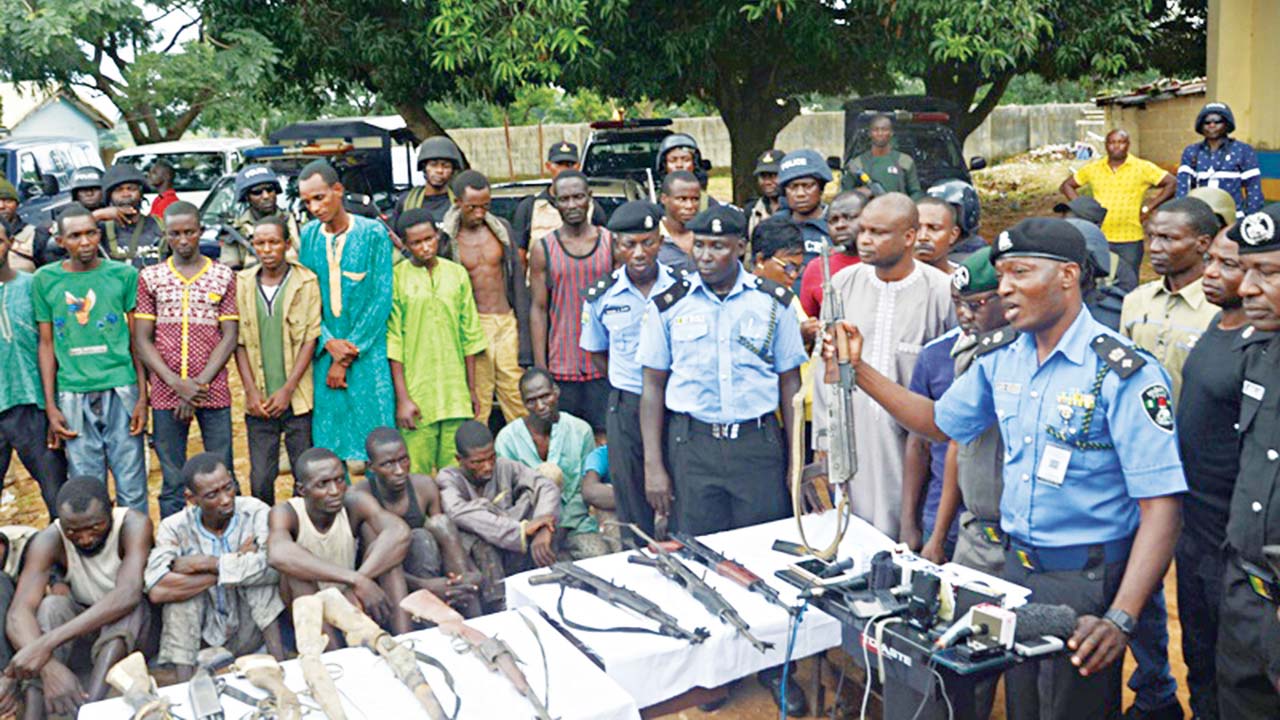 The Police High Command yesterday paraded 32 suspected kidnappers that have been terrorising motorists along the Abuja-Kaduna highway.

The Force Public Relations Officer (FPRO), Jimoh Moshood, who carried out the exercise at Katare, Kaduna State, said the suspects were arrested within the first week of the commencement of the Operation Absolute Sanity launched by the Inspector General of Police, Ibrahim Idris, to rid the highways of criminals.

Moshood, a Chief Superintendent of Police (CSP), said the suspects have confessed to the offence, adding that most of them had been identified by some of their victims. He stated that they would be charged to court on completion of investigation.