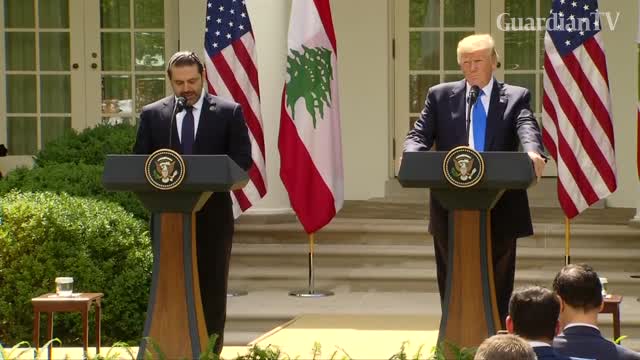 Fresh from a rare legislative victory, Donald Trump tried to shore up ebbing popular support Tuesday at a raucous rally in Youngstown, Ohio, that was marred by a string of protests.

Recapturing his full campaign bombast, Trump held forth for almost an hour: heralding a Congressional step toward upending his predecessor’s health care reforms, while trashing the media and promising to drain the “Washington swamp.”

Trump traveled to the key electoral state hours after his Republican-controlled Senate agreed to begin deliberations on Trump’s health care plans, a technical step but a major victory for a president desperate for legislative wins.

“We are now one step closer to liberating our citizens from this Obamacare nightmare,” he said to deafening cheers. Die-hard supporters stood on chairs and lapped up the hardline message, chanting “CNN sucks” and “drain the swamp.”

But there was a snapshot of the polarization Trump has fueled in the country, with at least four sets of protesters being forcibly removed by police. One man held up a “Trump/Pence must go” flag as he was dragged out by police and berated and roughed up by the crowd.

“Where the hell did he come from?” Trump asked mockingly. The president traveled to Ohio with some of the lowest approval ratings of any modern president at the beginning of his first term.

Scandals have mushroomed over his campaign contacts with Russia, which have seen aides questioned by Congress and his son admit to holding a meeting with a Kremlin-linked lawyer to get dirt on Hillary Clinton. In the face of these political headwinds, Trump doubled down on some of the shrillest rhetoric of the campaign, hitting out at Islamists, Latino gangs and immigrants.

He boasted about “liberating our cities” by carrying out raids against “transnational gangs.”

“We are dismantling and destroying the bloodthirsty criminal gangs and well, I will just tell you this, we are not doing it in a politically correct fashion.”

Trump rejected calls that he treat the office with more decorum. “It’s so easy to act presidential, but that’s not going to get it done,” he said. Time and again, Trump lashed out at the media.

“What a group, what a dishonest group of people.”