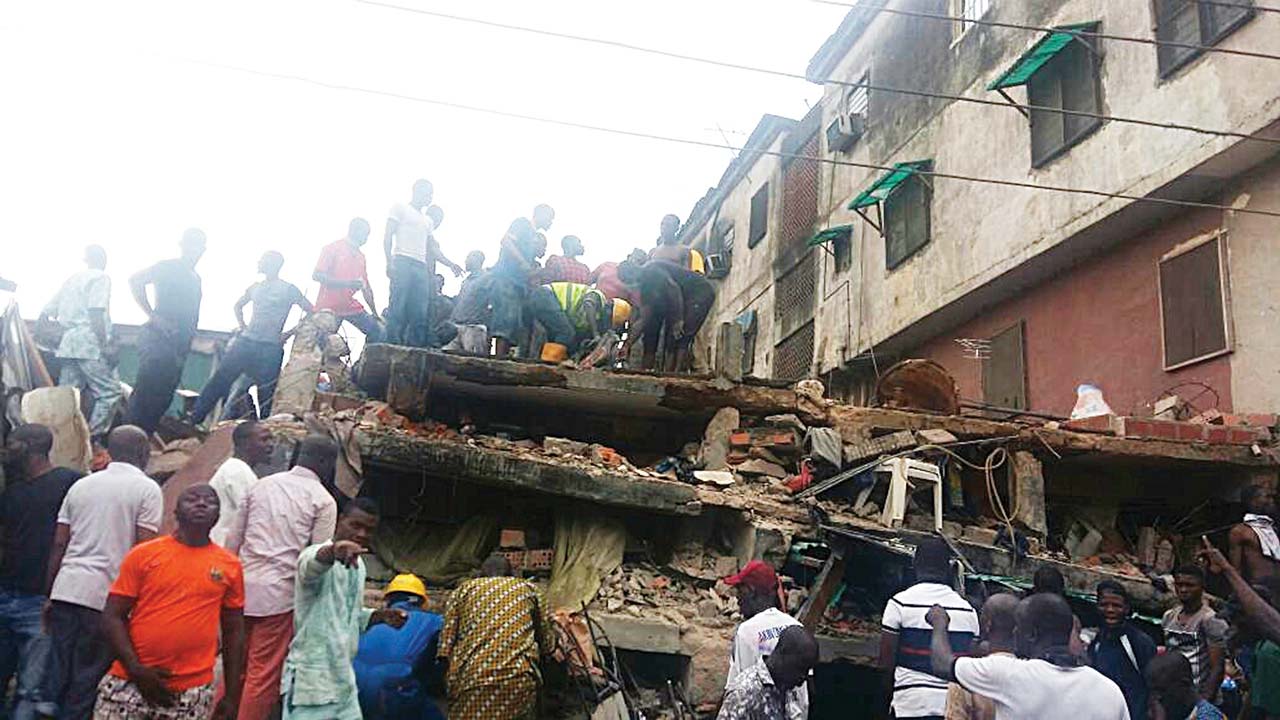 Scene of the building collapse yesterday

For the umpteenth time, tragedy struck the city of Lagos as a four-storey building collapsed in Lagos Island, injuring scores of residents with dozens others still trapped under the rubble feared dead.

Yesterday’s collapse is coming barely days after a similar accident occurred in Abule Egba area of the state on Saturday, killing a woman and her baby. At as press time yesterday, only one body had been recovered with 15 victims rescued.

Platform Reporters gathered that the building located at No. 3, Massey Street, Lagos Island, is owned by Kafo Family and managed by Isola Costa before its collapse on Tuesday afternoon. A source told The Guardian that the structure was initially a three-storey building before another storey was added to increase the level of the structure.

Confirming the tragedy, Director of Lagos State Fire Service, Rasak Fadipe, said 15 persons have been rescued, noting that efforts were still ongoing to rescue dozens who are still trapped under the rubble.

At the scene of the incident, the Lagos State Emergency Management Agency (LASEMA), men of the state fire service, as well as police operatives, were deployed to secure the property from looters.

According to an eyewitness, the building suddenly gave way and collapsed around 2:30p.m. shortly after the rain without any prior warning or crack.

In another development, a collision between a commercial bus and a private car by Aswani bus-stop along Apapa-Oshodi Expresseway, left many passengers and passers-by injured.

Present at the scene to contain the situation were personnel of LASEMA Response Unit (LRU), who administered first aid treatment to the victims in the mobile ambulance.

Also, a tanker, fully loaded with aviation fuel, disconnected from the head of the heavy-duty vehicle and fell at Barracks, inwards Ojuelegba area of Lagos. Although no casualties were recorded, the emergency responders were swiftly mobilized to the scene to prevent any explosion.