Banking Metro Transportation Trending News
July 20, 2017
Posted By: PlatformReporters 0 Comment
Spread the love
Pandemonium broke out yesterday at Creek Road in Apapa, Lagos when dozens of truck drivers went on rampage over the killing of one of their colleagues by a police officer attached to a branch of Diamond Bank.

It was learnt that the angry drivers instantly set two banks ablaze. Platform Reporters gathered that the mobile policeman fired shots at the truck drivers for allegedly blocking the entrance to the bank with their trucks. The policemen who were attached to the bank had approached the drivers to give way for customers to come in and carry out their businesses.

When efforts to make the drivers leave the road failed, one of the policemen shot sporadically into the air to scare them off, but one of the expended bullets hit one of the drivers, who bled and died on the spot before help could come. Angered by the killing, the tanker drivers regrouped, and after setting the bank ablaze, they also burned a branch of Sterling Bank. 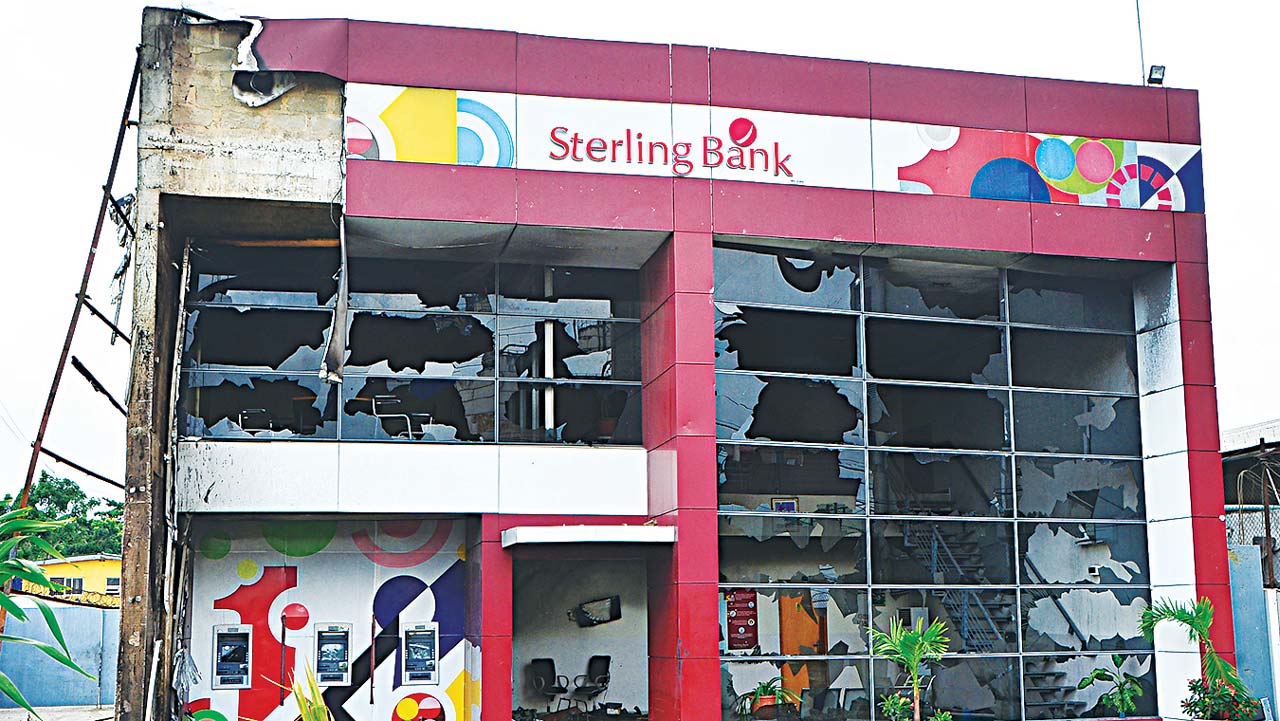 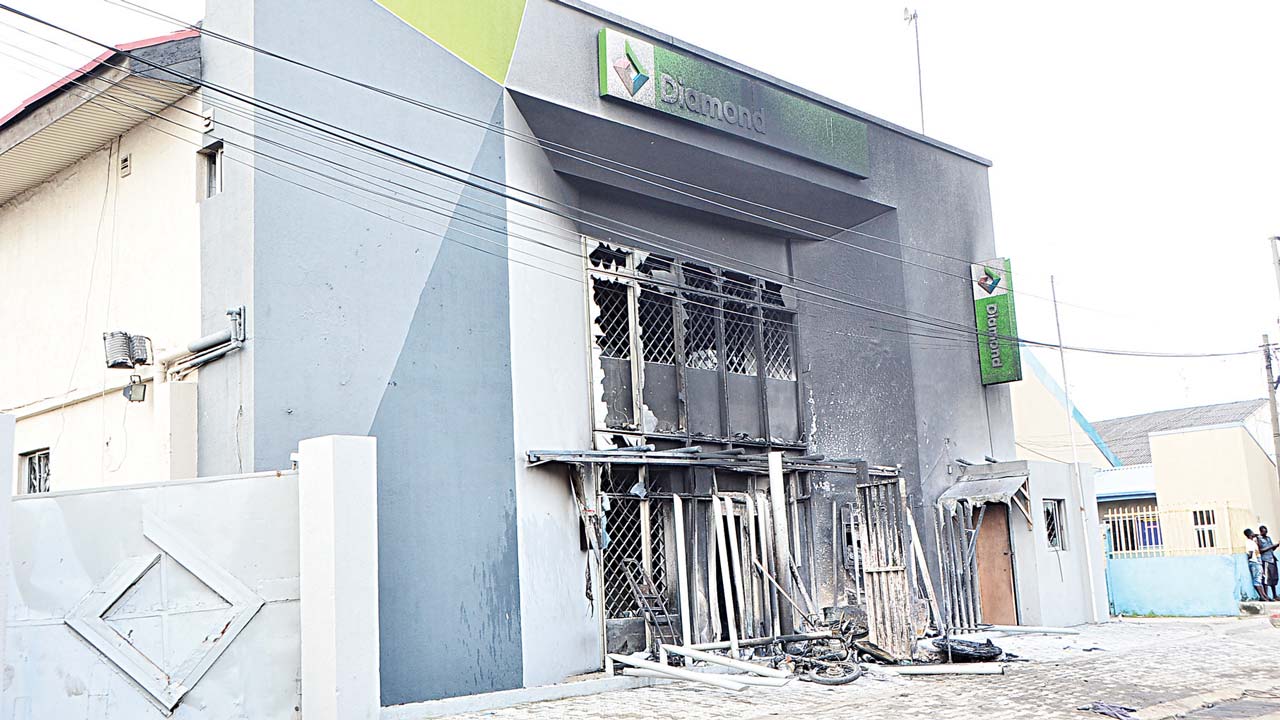 It took the intervention of some soldiers deployed from the Signal Corps of the Nigerian Army (NA) to restore sanity to the area. Their efforts were complemented by men of the Rapid Response Squad (RRS) of the Lagos State Police Command led by their Commander, Olatunji Disu, an Assistant Commissioner of Police.

While the soldiers tackled the situation, the policemen were on ground to prevent the drivers and hoodlums, from further taking advantage of the situation to loot the banks and vandalise some cars parked on their premises. Also on ground afterwards to help put out the fire were fire servicemen from the Nigerian Ports Authority (NPA) and NPA mobile policemen.

A senior police officer said on condition of anonymity: “Those tanker drivers are very irrational. When the policemen attached to the first bank shot at them, they regrouped and stormed the bank in anger.

“They were said to have first demanded that the policeman who shot their colleague be released to them. When their demand was not met, they took the laws into their hands.

“They contributed fuel from their tanks and set the bank ablaze. The entire situation caused a stampede as both workers and bankers scrambled to escape through the back of the bank. The drivers were still on rampage in the first bank when they heard that the killer policeman had taken refuge in the next bank.

“Armed with that information, they simply went over to the said bank and carried out the same carnage, irrespective of the presence of innocent bystanders.” Police spokesman Famous Cole told newsmen that six persons had been arrested over the incident.

“We have arrested six persons, including a senior police officer who did the shooting. Eyewitnesses at the scene are helping us in our investigation,” Cole said.

Navy spokesperson in Lagos, Umar Chinwe told newsmen that his security organisation had taken over control of the area. “We have deployed our men in the place and normalcy has been restored,” she said.

In its reaction, Sterling Bank said: “An armed mobile policeman fleeing from an irate mob after shooting a tanker driver disrupted banking operations at our branch on Creek Road this morning. He ran into the premises of the bank to escape being lynched.

“Security operatives attached to the bank disarmed and arrested the fleeing mobile policeman but did not hand him over to the irate mob.

“The mob got upset and attacked the bank with the intention of unleashing mayhem on staff and customers. The branch’s reception area was vandalised and set ablaze.

“The security operatives attached to the branch prevented the mob from entering the branch while evacuating staff and customers before the arrival of police reinforcement. The branch has been temporarily shut down.

“We hereby inform all our customers that normal services will continue at nearby branches and through all our electronic channels. Sterling Bank is working with security agencies to resolve the issue.”