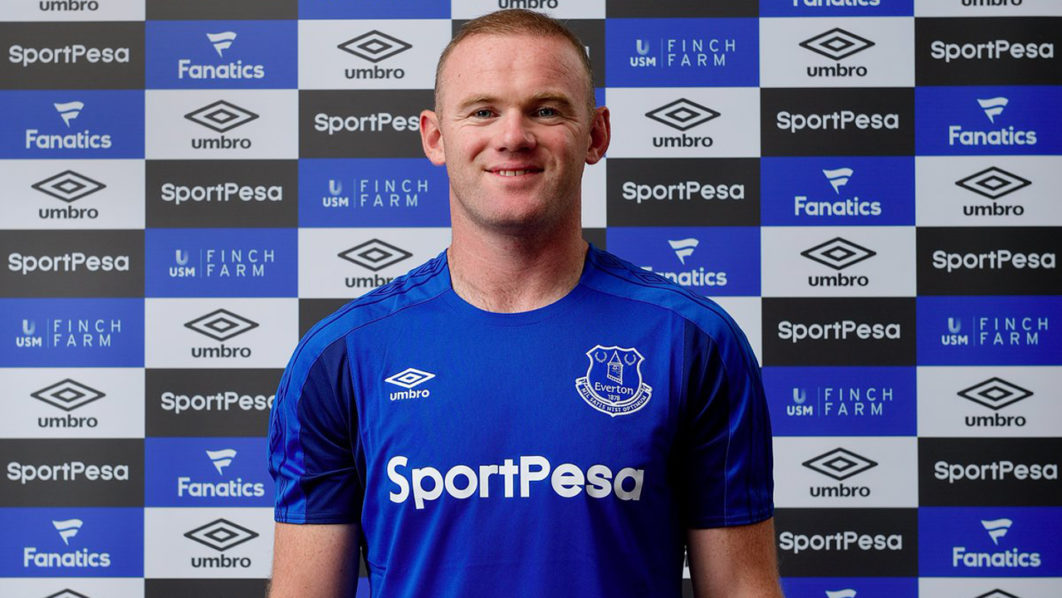 England and Manchester United’s record goalscorer, Wayne Rooney completed a move back to his first club Everton on Sunday.

The 31-year-old — who had become a peripheral figure under Jose Mourinho last season — signed a two year contract for an undisclosed fee bringing the curtain down on 13 trophy-laden years at Old Trafford.

Rooney — whose move comes the day after United announced they had agreed terms with Everton over buying their leading scorer Romelu Lukaku — will hope the move also revives his international career which also stalled last season.

“It is some time since I said that the only Premier League club I would play for other than Manchester United was Everton, so I am delighted that the move has happened,” he said in a statement to The Press Association.

“Thirteen years ago I went to United with the intention of winning trophies and I have been fortunate to be a part of one of the most successful periods in the club’s history.

“I have come back to Everton because I believe (Everton manager) Ronald Koeman is building a team that can win something and I look forward to playing my part in making that a reality for the club I have supported since a boy.”

Koeman said in Rooney — who in his time at United won among other trophies five Premier League titles and a Champions League — he was buying a player with a surefire winner’s mentality.

“Wayne has shown me that ambition that we need and that winning mentality — he knows how to win titles and I’m really happy he’s decided to come home,” said Koeman.

“He loves Everton and he was desperate to come back. He is still only 31 and I don’t have any doubts about his qualities. It’s fantastic he’s here.”