With the final results of last Saturday’s Osun West Senatorial District bye-election to fill the vacant seat created by the death, last April, of second term Senator Isiaka Adeleke, a fresh vista of new realities has been opened for the politics of Osun State.

The outcome of the election saw the younger brother of the late Adeleke, Adedeji, who contested on the platform of the Peoples Democratic Party (PDP), defeating Mudashiru Hussein of the All Progressives Congress (APC) and candidate of incumbent governor Rauf Aregbesola.

The two contestants were together in the APC but Adeleke, because of the strain in relationship with the state government over the controversy surrounding the death of the late Senator which boiled over to his alleged denial of the ticket of the party, sought refuge under the umbrella of the PDP, a platform he joined about a month to the election.

In a landslide victory in which he defeated the APC candidate in nine out of the 10 local councils in the district, Adeleke, according to the Independent National Electoral Commission (INEC), polled a total of 97, 280 votes to his rival’s 66, 115 votes.

While the two candidates had a close battle with Adeleke having a slight edge in the majority of the councils, the votes from Ede provided the winner with the bulk of the 31, 165 winning votes that marked the first defeat of the APC in Osun in recent times. 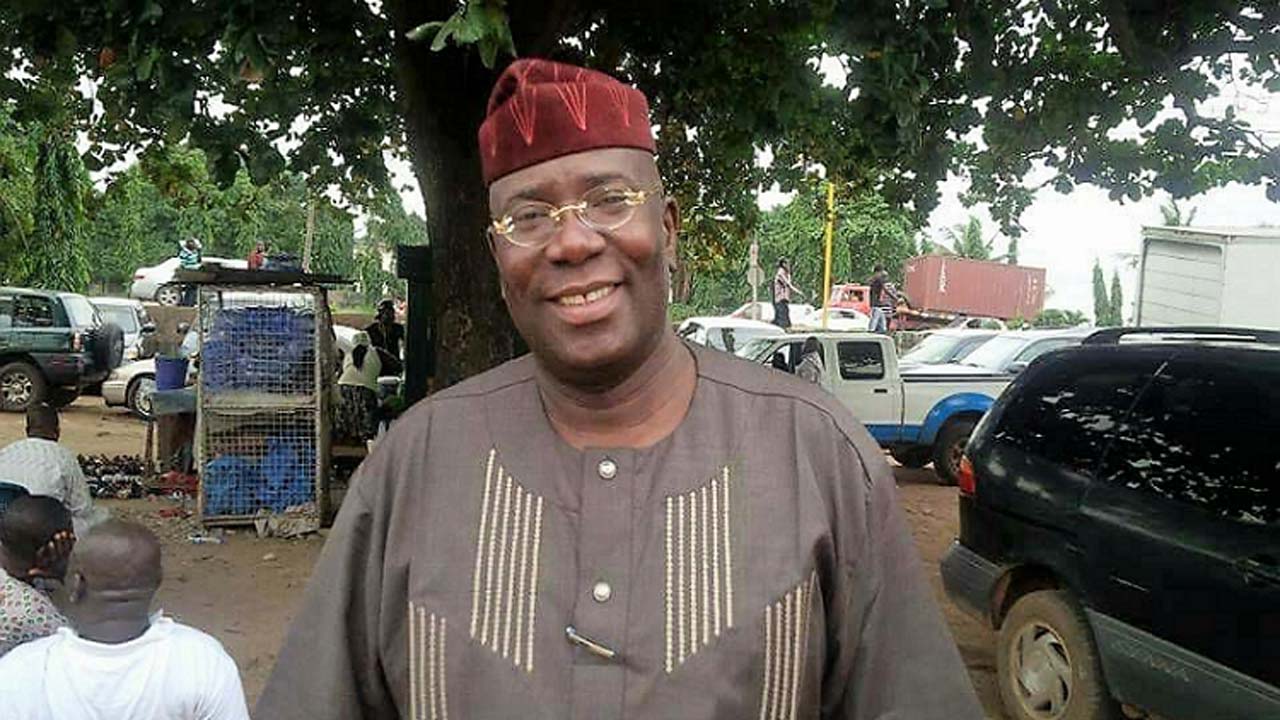 Generally seen as a battle between Aregbesola and the Adeleke dynasty of Ede on one hand and a trial of the popularity of the governor especially in his ability to not only decide the flow of politics at the end of his two-year tenure next year but also determine his political future particularly as he is being rumoured to be preparing to occupy the Lagos West Senatorial seat in 2019, the election has upturned not a few carts.

For decades, the Adelekes whose multi-millionaire politician patriarch, Senator Ayoola Adeleke was in the upper legislative chamber in the Second Republic have been in the centre of politics particularly in Ede where they have invested billions of naira for local development.

Like the Sarakis of Kwara, the Adelekes exhibited their political strength in the newly-created Osun State when Isiaka Adeleke contested and won the governorship election of the young state in 1992 at the age of 37 during which he earned the sobriquet, Serubawon, which means ‘scare them,’ more to his flamboyant lifestyle that showed in his campaigning with helicopters and exotic cars than to his unique cap that gave him an exclusive identity.

Having built a massive political machinery right from the period that he was the first civilian governor of the state to his sojourn in the PDP where he became a Senator between 2007 and 2011, Adeleke was however defeated by the new political wave of Aregbesola which prevented him from getting a second term.

In 2015 however, Adeleke got the ticket when the leadership of the APC, seeing how he helped in securing a second term for Aregbesola in 2013, persuaded Hussein, who won the 2011 contest on the platform of the governor’s party, to drop his ambition to return to the Senate.

The Adeleke political machinery, which was already activated across the state’s 30 local councils to succeed Aregbesola in next year’s governorship election, however became a platform of opposition to the governor at the wake of the Senator’s sudden death.

Since it was obvious that Adeleke’s ambition to return to the Government House did not receive Aregbesola’s blessing even while the Senator was alive, the APC machinery allegedly ensured that in the primary election between Hussein and the younger Adeleke, Hussein got the ticket.

The younger Adeleke, who decamped with the entire structure of his late brother, thereby became the rallying point in the troubled and divided house of PDP where they provided a new platform for the party to win the election thereby taking a third of the state from the grip of the governor.

Aregbesola who, like a Colossus, bestrode the political scene of Osun since his court-confirmed controversial defeat of former governor Olagunsoye Oyinlola in 2007 and a second term win four years later, the ball may have started to roll down the slope.

Known for his proletariat disposition and socialist outlook, Aregbesola, despite the huge financial burden that the state has been made to bear under his administration, which his critics claimed were results of misplaced priorities, was still very popular among the citizenry and may have lost the latest election due to political miscalculations and from enemies within.

Unlike before, the APC house in Osun State has become more divided especially with the parting of ways of the Deputy Speaker, Lasun Yusuff who emerged out of a defiance to the national leadership of the APC particularly in the southwest geo-political zone.

It is therefore not surprising that Adeleke won with such a wide margin as even aggrieved members of the APC like Yusuff acting in consonance with some Abuja forces who are believed to be bent in reducing the influence of the leader of the APC in the Southwest, were said to have worked to ensure the victory of the PDP candidate.

Expectedly members of the PDP have been celebrating the victory as a sign that the party would soon bounce back to reckoning at the national level and as a sign that the APC has already lost the magic wand that made its 2015 victory possible.

But even in their victory dance, the PDP is still singing discordant tunes because the two factional camps of the party, instead of using the opportunity to harp on what a united party can achieve in the face of an obviously weakening APC, burrowed further into their trenches.

While those in the Senator Ali Modu Sheriff’s court-recognised leadership, which identified with and campaigned for Adeleke saw it as a victory for their camp, the Ahmed Makarfi group celebrated it as a signal that “without the interference of the APC in the current leadership issues in our party, the PDP remains the party to beat in all elections in Nigeria.”

In a congratulatory message yesterday, Sheriff group commended its members for heeding the call of its National Chairman, by voting for Adeleke.

According to the spokesman, Bernard Mikko, “the victory was as a result of hard work, dedication and commitment of PDP members in the state. We thank our loyalists, particularly our grassroots mobilizers, who worked tirelessly to make the victory possible.”

Also yesterday, National Secretary of the party, Wale Oladipo, described the outcome of the poll as a reflection of the wishes of the electorate. In a separate statement issued in Abuja, Oladipo commended INEC, security agencies and the electorate for the peaceful conduct of the polls, saying that the exercise had shown clearly that all hope was not lost in the nation’s electoral system.

In their own statement, the Markarfi group, speaking through its Publicity Secretary, Dayo Adeyeye said, “even as we await the judgment of the Supreme Court we urge all our members to unite in the interest of Nigerians to rid the country of the horrible APC government.”

While the PDP cannot, in all honesty, lay claim to Adeleke’s victory, because the mainstream of the party in the Southwest did not participate in the election which turned out to be an intra-party contest within the APC, a united opposition, in the spirit of Adeyeye’s statement and in the light of the dwindling popularity of the ruling party, would easily pick the APC like a sitting duck.