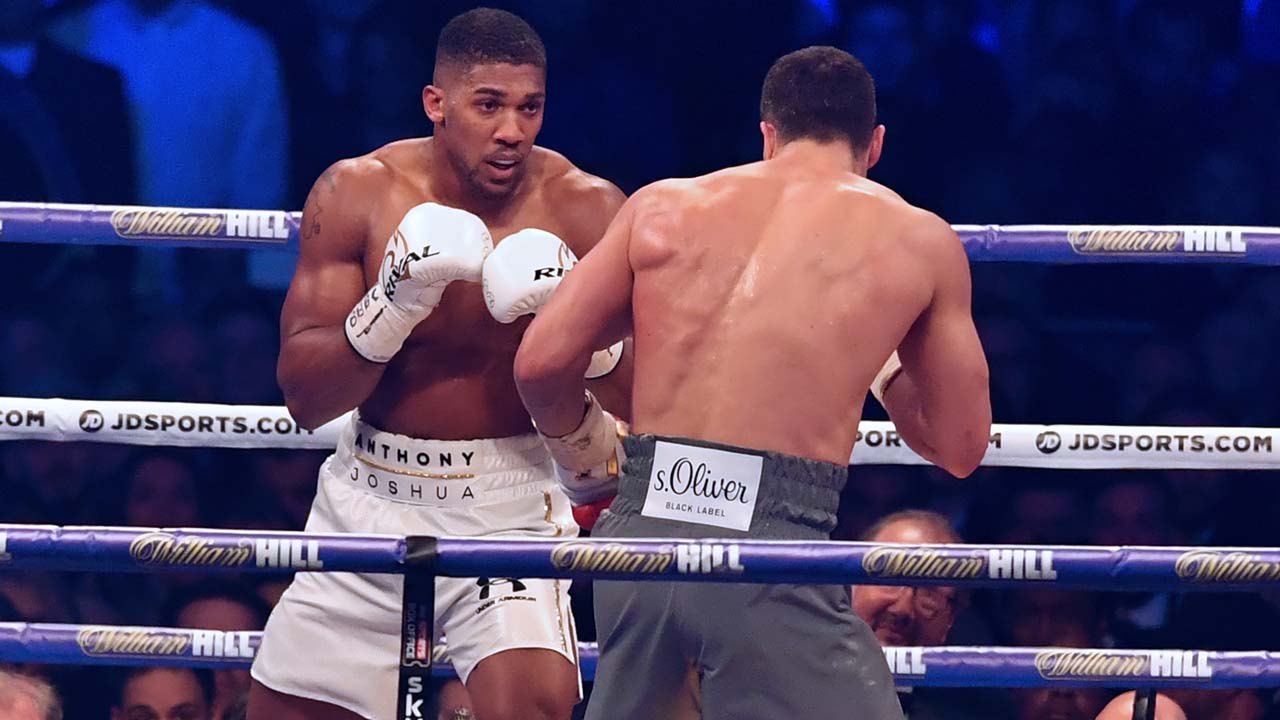 Britain’s Anthony Joshua (L) looks for an opening against Ukraine’s Wladimir Klitschko during the third round of their IBF, IBO and WBA, world Heavyweight title fight at Wembley Stadium in north west London on April 29, 2017. PHOTO: Ben STANSALL / AFP

IBF, IBO, WBA heavyweight champion Anthony Joshua has been told there are two bids on the table from Nigeria to stage his rematch against Wladimir Klitschko, according to The Sun.

Joshua’s promoter, Eddie Hearn of Matchroom Sport, has been sifting through mega-money offers to put the fight on in Nigeria’s capital Abuja and a decision is expected early this week on where and if the clash goes ahead.

This past April, Joshua got off the floor in the sixth round to capture the unified heavyweight crown by stopping Klitschko in the eleventh round before a massive crowd of 90,000 fans at Wembley in London.

“There has been big interest from Nigeria, we have had two approaches to stage it in Abuja and we are going through the contracts. Some of the offers we have received have been huge, it’s a lot more money to box outside of the UK. China has been on . . . Dubai has been on, they are all keen to get him on in those places,” Hearn said.

“So it’s just a case really of looking at all the offers and getting to the root of the ones that are real and not so real, the ones with the money that is secure and those that are not so secure and then making a decision.”

Hearn feels Klitschko will want a special one-off event to climb in the ring again in a bid to avenge his 11th round defeat to Joshua in one of the most thrilling world heavyweight title fights of all time.

He added,  “After speaking to Wladimir’s manager, Bernd Boente I really get the feeling that Wladimir wants a special worldwide event for any rematch not just ‘How much money is it? OK, let’s do it’.”

Las Vegas is favourite to stage a second showdown and Hearn claims Klitschko does not want to fight again in the United Kingdom.

Hearn had reserved October 28 at Cardiff’s Principality Stadium and will hold that date for Joshua’s IBF mandatory defence against Kubrat Pulev if the rematch falls through.