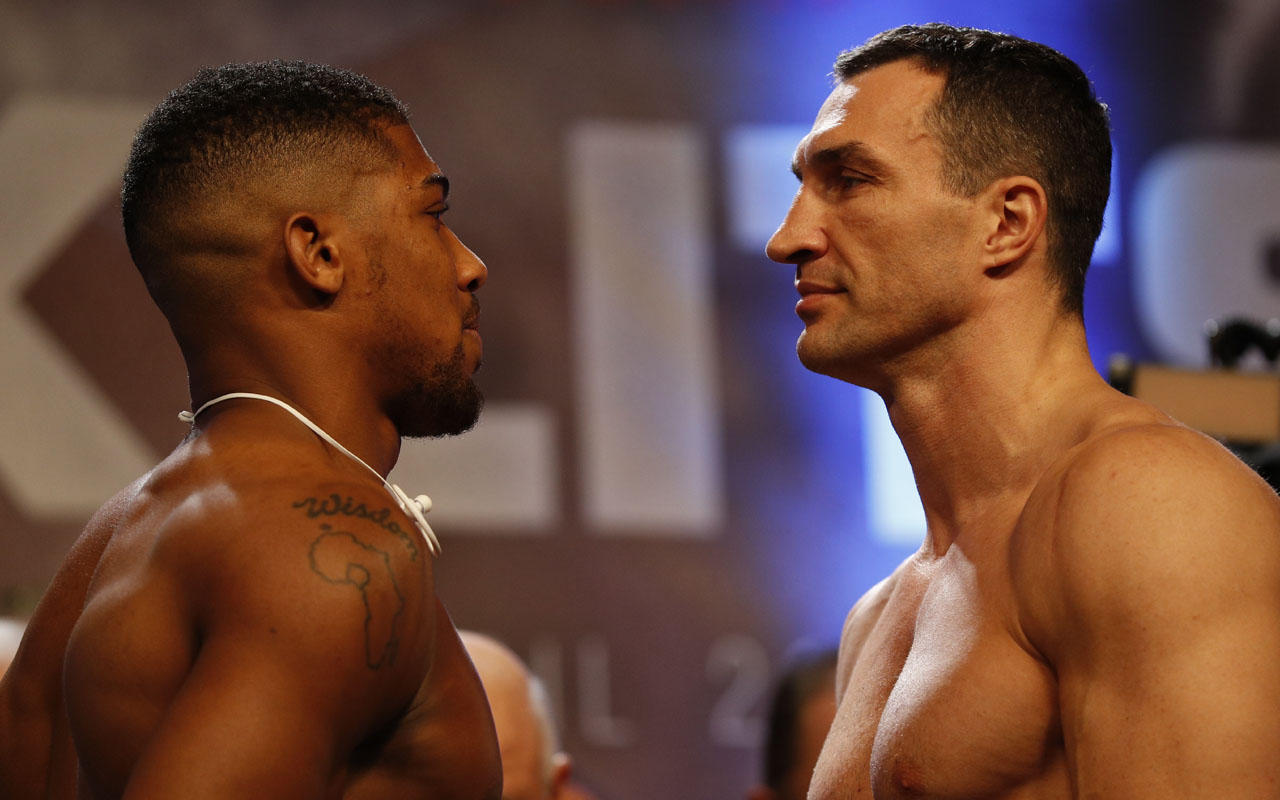 If all the parties agreed, Anthony Joshua and Wladmir Klitchsko’s rematch will hold in Las Vegas / AFP PHOTO / Adrian DENNIS

Anthony Joshua is hopeful the prospect of a heavyweight world title showdown in Las Vegas will tempt Wladimir Klitschko into a rematch.

The IBF, WBA and IBO heavyweight champion stopped Klitschko in their epic fight at Wembley in April and much has been made about a second fight.

Despite Eddie Hearn organising venues and the IBF granting Joshua a reprieve for his mandatory defence, Klitschko has yet to officially confirm he will order the rematch. And with talk of the fight going down in Las Vegas, Joshua thinks the lure of a blockbuster in the home of boxing will convince Klitschko to take the bout.

‘He gained a lot of admiration and respect (at Wembley), even though he lost,’ Joshua told Sky Sports.

‘Vegas, it is the mecca of boxing and this is an opportunity.

‘People wouldn’t mind travelling and it is a nice big hurrah for himself. He has achieved so much, does he have the motivation?

‘I think Vegas will get his blood boiling again.’

Joshua was coy when asked about the probability of a rematch with boxing fans eagerly awaiting news of the heavyweight’s next move.

‘The ball is in Klitschko’s court,’ he said.

‘I am going to continue my career. It is up to him whether he wants to have a rematch or whether he says, ’you know what, that’s enough’.

‘But I think, whatever he decides to do, we all respect him, and plan B would be look at the option with Pulev, and where we would fight him and the options available for the Pulev fight. Lukaku, Ibrahimovic Clash Turned Into Mural Outside San Siro Ahead Of Milan Derby

February 15, 2021 PlatformReporters Comments Off on Lukaku, Ibrahimovic Clash Turned Into Mural Outside San Siro Ahead Of Milan Derby