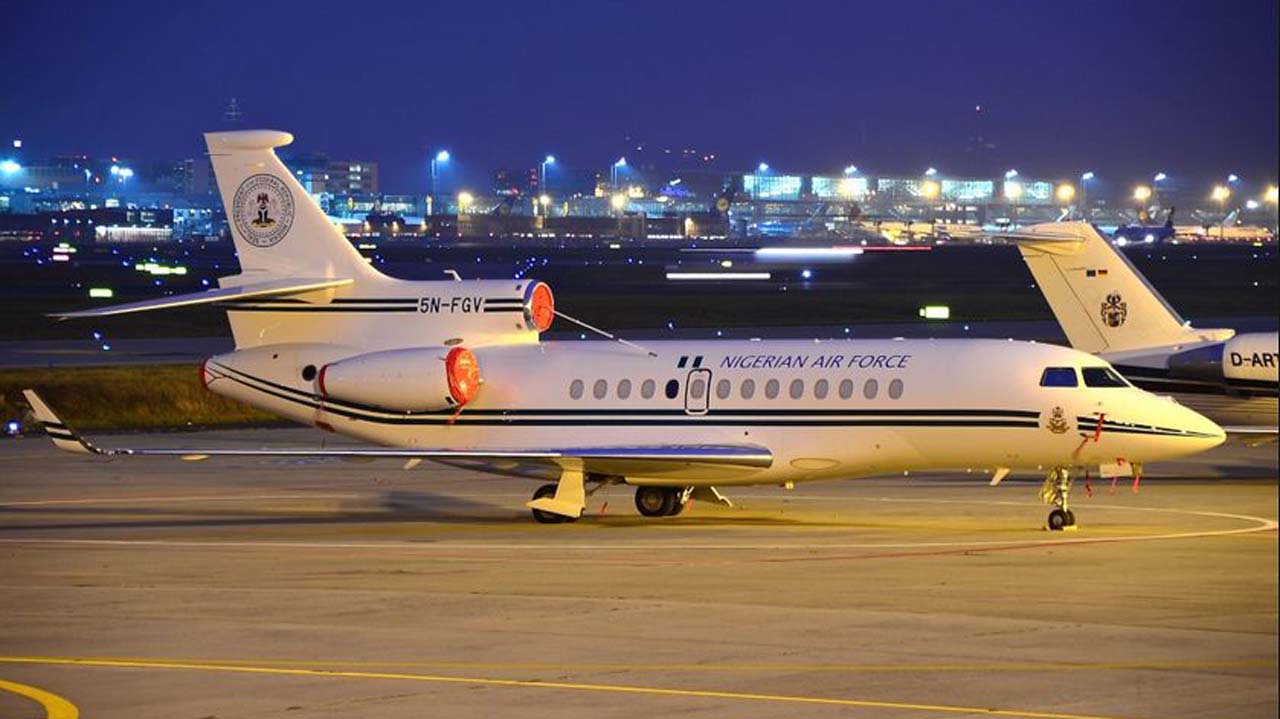 Experts were unanimous that the presidential jet would have cost the Nigerian taxpayers more than N48 million in total, given the cost of catering for the accompanying crew of no fewer than 12 persons.

The Nigerian Air Force One (NAF 001) plane that took President Muhammadu Buhari to London has incurred at least N48 million since the number one citizen started receiving medical care in the United Kingdom (UK) till date.

President Buhari is currently on the second treatment session in UK and has spent 54 days already. The first treatment session was between January 19 and March 10, which meant 51 days. On both occasions, the presidential jet remained idle on the parking lot.

The presidency, however, defended the retention in UK of the aircraft, citing national security and prestige accorded world leaders when they travel abroad.

The clarification came amidst criticisms, mostly on social media, of the retention in London of the presidential aircraft manned by personnel of the Nigeria Air Force since Buhari arrived in the UK.

The presidential fleet of about 10 aircraft last year came under heavy criticism with claims that they gulped over N5.8 billion annually. Two of the aircraft have since been put up for sale.

Experts were unanimous that the presidential jet would have cost the Nigerian taxpayers more than N48 million in total, given the cost of catering for the accompanying crew of no fewer than 12 persons.

The Senior Special Assistant to the President on Media and Publicity, Garba Shehu, ‎said “there is no world leader who travels abroad and is left without plans for immediate return or possible evacuation.”

The development, according to the presidency, is in tandem with standard operating procedure and‎ international protocol around foreign trips by heads of state all over the world.

The presidency stated that the country’s Armed Forces as represented by the Nigeria Air Force could not therefore abandon the commander-in-chief in whichever circumstance he is in that country.

“For the avoidance of doubt, this president is not the first to have a presidential aircraft standing by for him, as he will certainly not be the last.  All past heads of this country have had this privilege, and the part that surprises the most is that leaders who in the past travelled with three Nigerian aircraft did not suffer this trenchant criticism,” the presidency noted.

The statement noted that, “aircraft conveying heads of state all over the world usually enjoy waivers even where payments for parking are differentiated by aircraft categories.

“We have been assured that where the waiver is not granted, payment will not exceed £1,000, which is a quarter of the amount being peddled.”

The statement appealed to Nigerians to ignore opposition campaign aimed at derailing the administration’s big plans for the country.

“This is a government that is constructing the Second Niger Bridge, the Mambila Power Plant, the East-West and the North-South standard gauge railway lines.

“We are a government that has saved this country an annual loss of two trillion naira from fraudulent petroleum subsidy schemes by influential citizens and their children, and ridden the public service of about 50,000 ghost workers. The Buhari administration certainly deserves a chance,” the statement said.

Also yesterday, governors under the umbrella of the All Progressives Congress (APC) came hard on their Ekiti State counterpart, Ayo Fayose, over his allegation that Buhari is on life support.

The APC governors also stated that all powers of government have been handed over to the Acting President, Yemi Osinbajo pending the return of Buhari to Nigeria.

The Chairman of the APC Governors Forum, Rochas Okorocha, in an interview with State House correspondents in Abuja urged Nigerians to ignore Fayose’s comment on Buhari’s health, even as he described it as baseless.

Okorocha said the comment by Fayose who is also the Chairman of the opposition Peoples Democratic Party (PDP) Governors Forum was capable of throwing the country into chaos.

Also, the UK yesterday deported 28 Nigerians for committing immigration-related offences in the country.

They were sent back home barely 48 hours after 23 Nigerians were deported from Spain and five days after another batch of 34 was jointly deported by the governments of Switzerland, Germany, Iceland, Austria, Belgium and Hungary.

The fresh batch of deportees arrived at the Murtala Muhammed International Airport (MMIA), Lagos around 12: 13 p.m.

The Spokesperson of the Lagos Airport Police Command, Divisional Superintendent of Police (DSP) Joseph Alabi, confirmed the development to reporters.

Alabi said the deportees, comprising 21 males and seven females, were brought back aboard a chartered Titanic Airways aircraft with registration number AWC-761/2.

He said they were received by officers of the Nigerian Immigration Service (NIS), the National Agency for the Prohibition of Trafficking in Persons (NAPTIP) and the police.

Also available to receive them were officials of the Federal Airports Authority of Nigeria (FAAN).