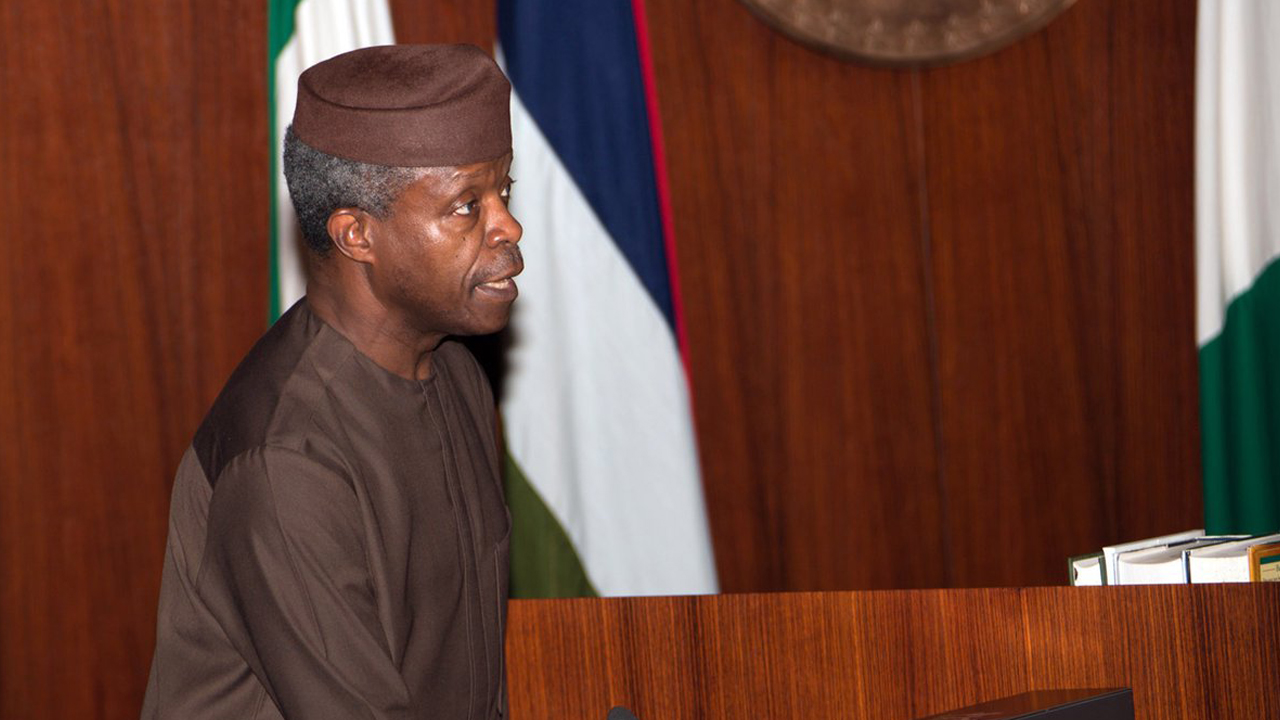 The Acting President, Prof. Yemi Osinbajo says the Federal Government will remain resolute in its fight against corruption in spite of the daunting challenges.Osinbajo said this in Lagos at the 5th Annual Christopher Kolade Lecture on Business Integrity entitled: ‘Prevention is better than Cure even on the Issue of Corruption’.

The lecture was organised by the Integrity Organisation Limited, an anti-corruption, research and advocacy organisation concerned with issues of public accountability and transparency.

“We must ensure that corruption is prosecuted. In the last two years, we have had many cases of persons accused of corruption taken to the courts.

“We have a hardworking and courageous team as most of our law enforcement agencies and the EFCC have worked commendably despite daunting challenges.

“The most notorious of which are the delays in our administration of justice system mainly caused, sometimes by lawyers whose defence strategy is delayed.

“Often judges have indulged these tactics by not taking firm control of their courts. A witness in a case being cross examined for over a month.

“An important lesson for any society that is fighting systemic corruption, is that corruption will fight back viciously, using every means possible, and sometimes, using the very constitutions that are created to fight it.

“We have experienced and continued to experience that but the antidote is single minded commitment.

“And I must say that we are permitted to ensure that we will continue to fight against corruption despite whatever obstacles involved,” Osinbajo stated.