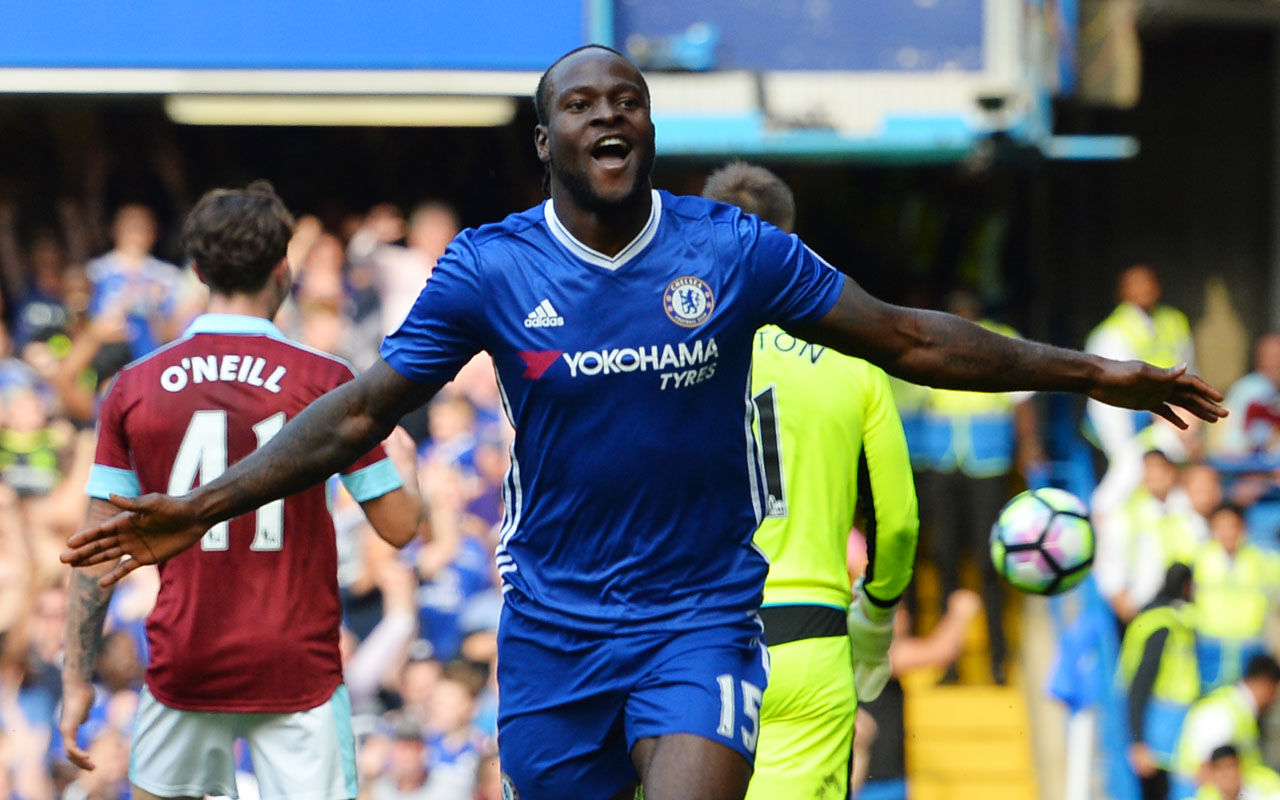 Victor Moses celebrates after scoring for Chelsea. Kanu Nwankwo says he is capable of winning the African Footballer of the year award this year. / AFP PHOTO / GLYN KIRK /

Former Arsenal forward Kanu Nwankwo says Chelsea flying wingback Victor Moses deserves to win the next CAF Africa Footballer of the year award due to his performances for Chelsea this season.

Victor Moses has been ever present for Chelsea who are on course to win the double this season, as they currently lead the English Premier League with less than four games to go. They are also through to the FA Cup final.

Kanu believes Moses has performed way above any other player from Africa this season, hence deserve to be rewarded with the award which is currently held by Algerian Leicester City forward Riyad Mahrez.

Former Arsenal striker and two times Africa Footballer of the Year, Nwankwo Kanu feels no African footballer is worth the 2017 CAF award other than Chelsea star-man, Victor Moses.“Moses has proved critics wrong. It is now left for CAF to do their rating. As for me, he deserves the 2017 CAF award. Although the season is still on and no one can tell what future will be.